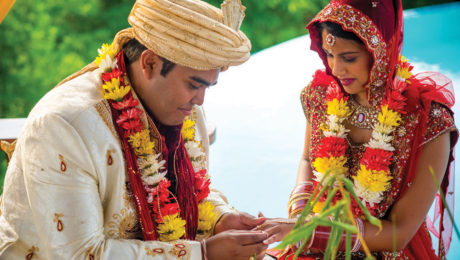 Both Anita and Zaheer were members of the West Indian Students’ Association at the University of Toronto where they were both studying. They began dating soon after Zaheer called up Amita for a coffee date, and not long after, Zaheer planned a special ‘one-month anniversary’ treat. Using a ‘reminisce’ theme, the couple retraced their dates and visited all the places they had gone together during that month.

Though the couple had been together for six years, Zaheer knew for a long time that Amita was ‘the one’. When he felt ready to provide for his future bride, he approached his parents, and sealed the deal with a custom-made engagement ring.

Amita and Zaheer, both living in Toronto, chose the picturesque Ohana Villa in Tobago for their wedding and reception. Day 1, the wedding, featured a traditional Hindu marriage ceremony. On Day 2, the couple hosted a reception dinner and party with a ‘Trini flair’.

The wedding and reception were designed to feature two distinct looks. For the wedding, the mood was warm, inviting and tropical with hues of gold and red accented by crystals. The beautiful mandap (wedding area for a Hindu marriage ceremony) paired well with Ohana’s modern Tahitian-styled wooden villa. The reception featured a medley of white, silver, turquoise, fuchsia and orange that complemented the breathtaking ocean view.

Amita wore a brilliant yellow sari for the marriage ceremony, and then changed into a luxurious red lehenga for the afterwedding festivities. Zaheer wore a cream-coloured sherwani with deep red and crystal accents. At the reception, Amita was resplendent in a crystal-embroidered strapless gown from Mona Richie in Toronto, and her groom donned a grey suit, blue shirt and a white tie.

The couple’s cake featured the wedding colours: fuchsia, turquoise, orange and white. To accommodate their vegetarian guests, they chose an eggless vanilla cake with rennet-free fondant for the top tier.

The bride’s bouquet was a tropical mixture of pink and orange florals, while the centerpieces showcased bright pinroses as well as orange and pink tiger lily arrangements.

The couple tried to avoid (in the words of Zaheer), “a wedding where guests just come to the banquet hall, eat dinner, and cry!” The couple styled their wedding invitations like a boarding pass with travel stamps, since their guests were flying in from all over the world. To honor their Caribbean heritage, they designed a logo of a hibiscus flower—to highlight their Trinidadian origin—and a water lily, the national flower of Guyana, as Amita’s father is Guyanese. This logo was then emblazoned on their wedding stationery and guest book.

Amita is a woman who believes in signs. She remembers waking up early on the morning of her wedding to the sound of pouring rain—they had forgotten it was the rainy season! But just then, she experienced a nice omen when the clouds began to part, the sun began to shine, and she knew everything would go well for her wedding day. Zaheer’s favourite memory is when the DJ played “Palance” at the reception and most of their wedding party got up and began ‘palancing’ with them! 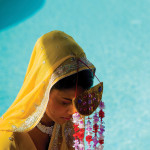 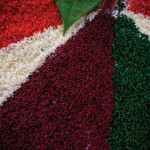 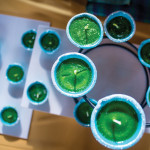 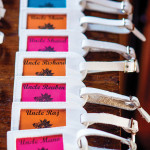 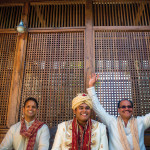 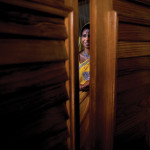 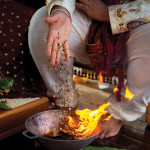 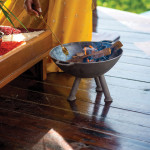 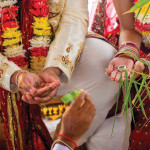 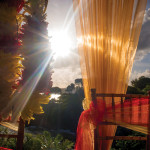 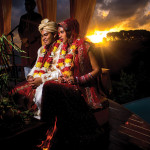 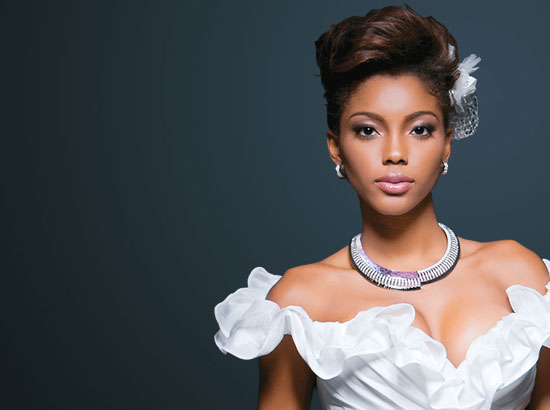